So I have received a few emails over the past month with the Atari logo attached to them. It’s a name I haven’t really seen in the gaming world since I was about 14 and playing Missile Command with my Dad.

Non the less, I read the articles and watched the news and lo and behold, not only was I doing it but there were thousands of others watching as well.

See the news below!

Due to the incredible demand for the retro-inspired model and overwhelming success of Atari’s VCS Indiegogo Pre-Sale campaign, Atari has announced a second production run of the wood-faced units, now called the Atari VCS Tribute Edition, as a tribute to their fans and the enduring appeal of the Atari 2600-inspired design.

Launched exclusively for pre-sale on Indiegogo on May 30, 2018, the Atari VCS is a new gaming and entertainment platform headed to living rooms in 2019. Designed as a completely modern connected device and not a “retro-box” or emulator, the Atari VCS features a unique open Linux platform capable of playing popular new releases and streaming entertainment. As an homage to its roots, the Atari Vault® is included with every new Atari VCS. A collection of more than 100 all-time classic games, Atari Vault includes legendary arcade and home favorites like Asteroids®, Centipede®, Breakout®, Missile Command®, Gravitar® and Yars’ Revenge®. Fans will be able to access and download additional games and content through a connected Atari VCS storefront. 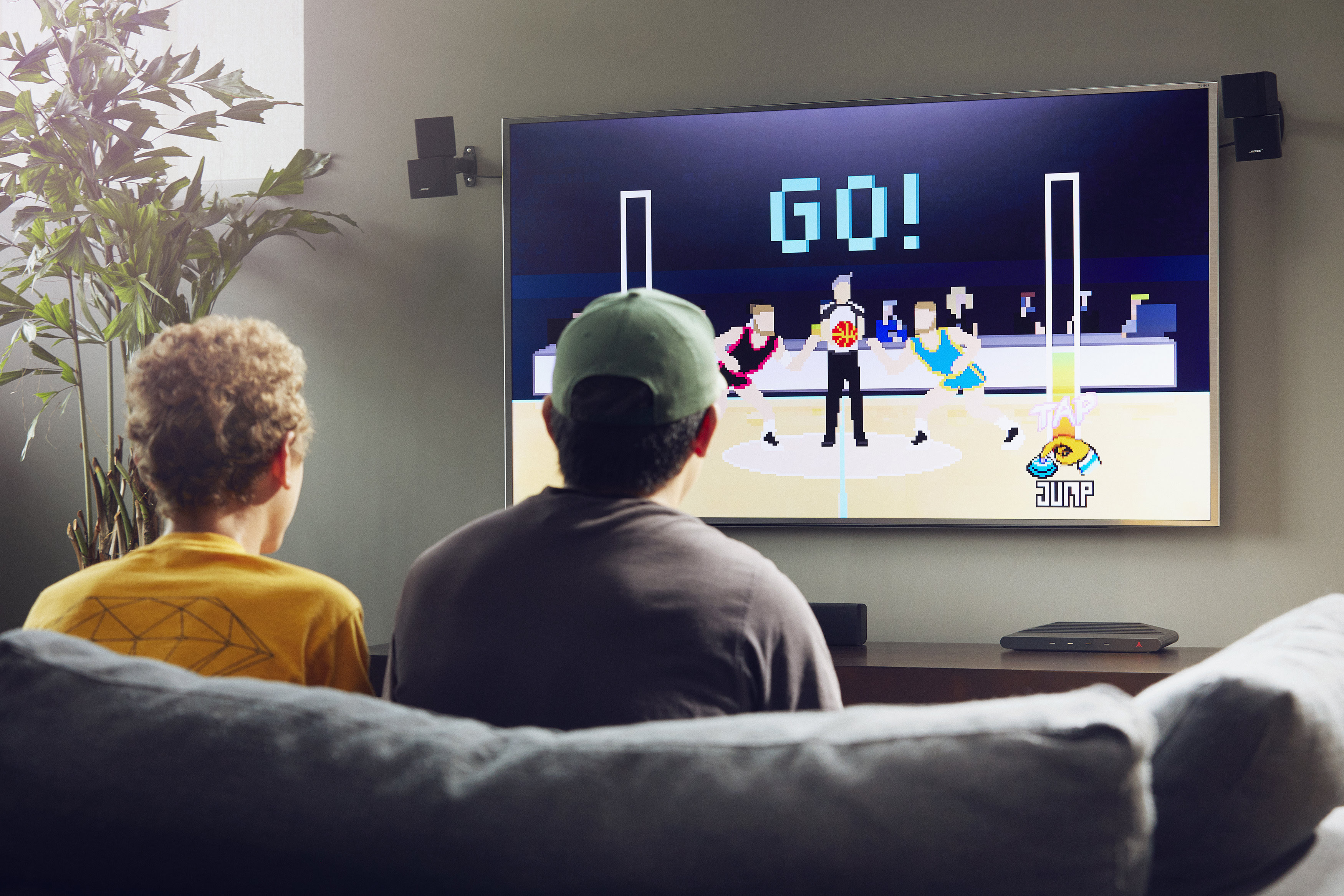 The Atari VCS has enjoyed unprecedented support, blasting past Atari’s $100,000 USD Indiegogo goal in a matter of hours. To-date, the campaign has raised nearly $3 Million USD with 10 days remaining in the current campaign, thanks to the broad support from gamers eager to enjoy both nostalgic and contemporary entertainment in Atari’s first connected device.

The Atari VCS is now available for pre-sale exclusively through Indiegogo starting at $219 USD. In addition to the new Tribute Edition, the sleek and stealthy Onyx Edition is also available, as well as a reimagined “Classic Joystick” and a “Modern Controller” for new games. Visit the Indiegogo page for more details about Atari VCS, including specs, purchase options and accessories: https://uberstrategist.link/ATARIVCS-PreSale. 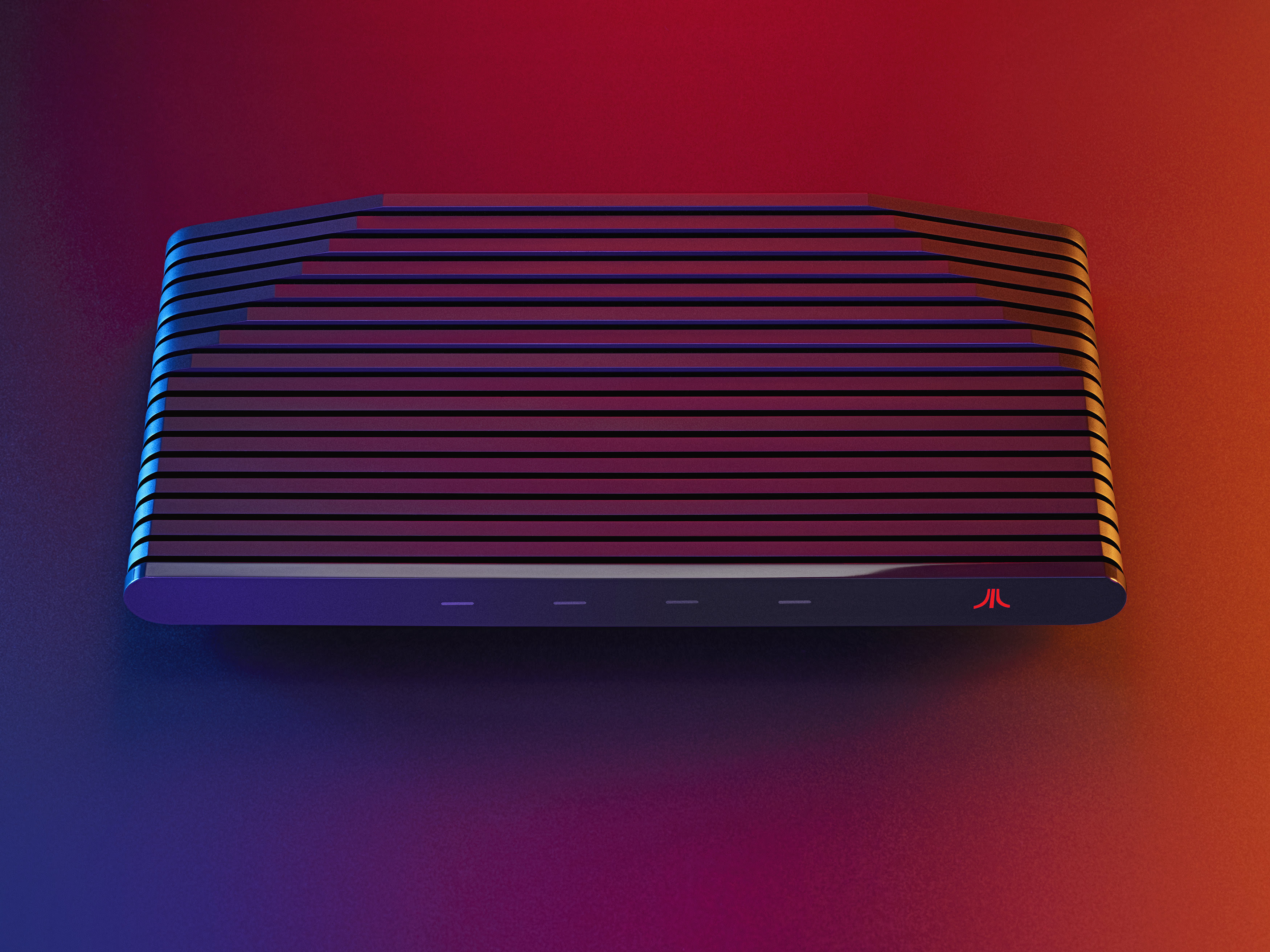 The Destiny franchise is quickly approaching the status of Legend in the gaming world. Another step in that direction is the expansion Curse of Osiris for Destiny 2. Osiris returns on Dec 5, 2017 and it is unclear if he is friend or foe? In the trailer below you will see him fighting Vex, but in the story line from OG Destiny, Osiris is…. well… insane!

It appears that we are headed back to Mercury, in an attempt to stop the time travelling robots again!

If you were luck enough to make it to the Lighthouse in D1 you may have also discovered Osiris’ “lab”. In which was a non working portal and a various other items scattered around. I am curious to see if they work that into the new story line and even more curious to see if the developers have been listening to their audience as attentively as they did in D1.

Currently the player base is somewhat on the fence if they are going to continue to invest the amount of time into this franchise that they have in the past. Some of the “quality of life” upgrades they made for the “casual” player in D2 have taken away some of the allure for the semi-hard to hard-core players.

Weapon roles, armor roles and exotic hunting. All things that I myself got caught up in at times. Looking for that perfect role on the Palidrome or the right combination of stats to have a Tier 12 build in several armor sets! It is what kept some of us interested in the game long past it’s expiration date.

Don’t even get me started on the everyone gets a medal approach! It’s ruining our society and now a gaming community that I love! We need to fail in order to appreciate our success.

I haven’t touched Destiny 2 since Iron Banner on PS4 and I have been working through the story line on PC since it’s launch. I still love the game and I hope that this expansion points us back in the right direction!

By the looks of the art for the Season pass expansion 2 is due to hit in the Spring of 2018. I am having a hard time discerning if the image is of a dead Ghost or of the Aegis… again… only Time will tell…

Bungie and Activision Publishing, are keeping their promise and today, after months of feeling like being a in a desert, Destiny 2 is finally live. The release of the sequel started early with folks from Australia and New Zealand having the first tickets to ride the new Destiny adventure, while every other region had to wait (as we are right now) for 12 o’clock to hit so they can enter and experience the game.

The game started with a good blast with its Beta, which has been confirmed by Bungie and Activision Publishing to be the best and largest they have had in history, and after receiving nearly 70 global awards and nominations to date, including industry behemoths “Best Multiplayer Game and Best Social/Online Game from Gamescom award 2017”, and “Best PC Game – Game Critics Awards: Best of E3 2017,” the stage is set for Destiny 2, the sequel to the internationally acclaimed Destiny, to be one of the biggest launches of the year. Obviously, not everyone is happy right now, as the “Master Race” will have to wait for more than one month until October 24 to play for first time on PC via Battle.net®, Blizzard Entertainment’s online gaming service.

In the story of Destiny 2, the last safe city on Earth has fallen and lay in ruins, occupied by a powerful new army.  You must master new abilities and weapons to reunite the city’s forces, stand together with fellow guardians and fight back to reclaim what is left of your home. In Destiny 2, you will create your Guardian, and go to soar through incredible cinematics, a rich story campaign, venture into the expansive destinations to join in cooperative modes including Strike missions. You can also explore and complete Quests, Adventures and Patrols, or uncover Lost Sectors and Treasure Chests, while rallying with other Guardians to dominate Public and Heroic Events, Flash Points, and more.

For players who need more peer to peer action, Destiny 2 offers intense 4v4 multiplayer matches in ‘The Crucible’. Additionally, the fan-favorite endgame gameplay experience, the 6-player Raid, will go live for players at 10 a.m. PDT on Sept. 13. An all-new, community-oriented feature to be implemented in Destiny 2 rolling out shortly after launch is the ‘Guided Games’ system to help players find like-minded groups to experience some of Destiny 2’s most challenging activities.

Destiny 2 is currently rated T for Teen by the ESRB and is available at a suggested retail price of $59.99.

Baseball star Aaron Judge shared his own fandom during tonight’s game for the upcoming blockbuster Destiny 2.

As a fan of the game, and to express his excitement for its upcoming release, here is a closer look at the Destiny 2 themed cleats and batting gloves worn tonight by Aaron Judge, and others to be worn over the weekend: Link

Can’t wait to see him rock that Warlock Magic!

Humanity has fallen. Villainous Dominus Ghaul (aka Gary) has arrived on Earth with his Red Legion army to lay claim to the power he believes he alone is worthy to wield. Rally with the remaining survivors and rise up to defeat Ghaul before all is lost.

Destiny 2 features a dramatic, cinematic story campaign, and a variety of activities for every type of gamer, including gameplay for solo, cooperative and competitive players with new places to explore and adventures to conquer. Destiny 2launches September 6th on PlayStation 4 and Xbox One and will be available for PC on October 24 via Battle.net®, Blizzard Entertainment’s online gaming service.

We are super stoked for Destiny 2 to finally drop. However there are a few things that I have yet to understand, that I am hoping the story that everyone is raving about will answer. For example, after Gary kicks us off the edge of the Tower and has taken our light, how do we still have Ghosts? Where do we get our new abilities from? Why does Gary’s right hand man look like a Vogon?

Come on… tell me I am wrong!

Regardless of the Vogons making a guest appearance we are still, not so patiently awaiting the arrival of Destiny 2.

Oh ya… this trailer is probably one of the best game trailers we have ever seen!

We hope to see amongst the stars as we battle the Red Legion.

Keep an eye out for videos and articles as we get new information and as well we will be doing a full review of the Console vs PC versions of the game.

Thank you to Activision and Bungie for keeping us in the loop.