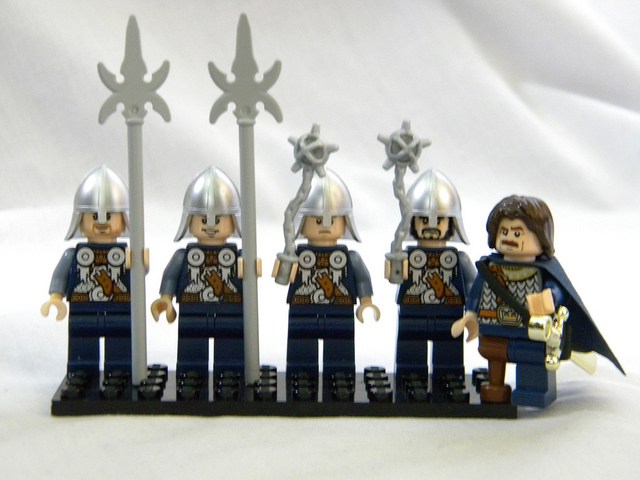 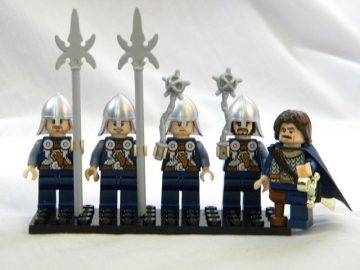 Let’s face it, winning a battle, completing a quest, or slaying the dragon often comes down to whether we selected the right weapon. The same is true for our health. We all know that portion control is a big factor in our fight to stay slim or drop some unwanted weight. BUT, it can be easier said than done if we don’t choose the right weapon!

Here are a handful of weapons, er, tools you need in your arsenal to win your calorie battle.

1. Smaller plates: I started here years ago, and it was the best thing ever for helping me eat less, feel satisfied and keep the portions in check. I mean, a cup of spaghetti on a large dinner plate looks pitiful. But, a cup of spaghetti on a salad plate looks like a nice serving of yummy, comforting pasta! The smaller the plate, the less food you can put on it, plus it fools our eyes into thinking we’re eating more that we are! Give it a try!

2. Small containers: I keep a nice supply of small containers such as condiment cups, small sundae cups, and plastic cups with lids around. Scoop that ice cream into a small sundae cup instead of a bowl. You can obviously fit a lot less of it in there so you won’t overdo it. Small condiment cups are great for nuts, seeds, um, chocolate chips. And the small plastic storage containers with lids make it easy to pack the perfect lunchbox.

3. Baby spoons: Yes, you’re reading that correctly! Okay, perhaps this tip is more for the gals out there. Eat your dessert with a baby spoon! I do this all the time. Not only does the kid in me love it but I can take 20 bites of ice cream or pudding with a baby spoon or 6 bites with a regular spoon. I vote for more bites! I’m all about savoring and enjoying my treats. This is a sure-fire method to help me do that!

4. Measuring cups and spoons: We need these for cooking but they also come in handy when you’re learning proper food portions. Use them for all your food servings for about a week or two. After that you’ll be able to eyeball your portions sizes better.

I use each one of these weapons every day to keep me on track. I eat tons of healthy foods and plenty of naughty foods I love thanks to keeping the portions where they should be.

Give these weapons a try. Which one is your favorite? Do you have your own secret weapon for staying healthy? I’d love to hear about it!

Until next time… keep on slaying! 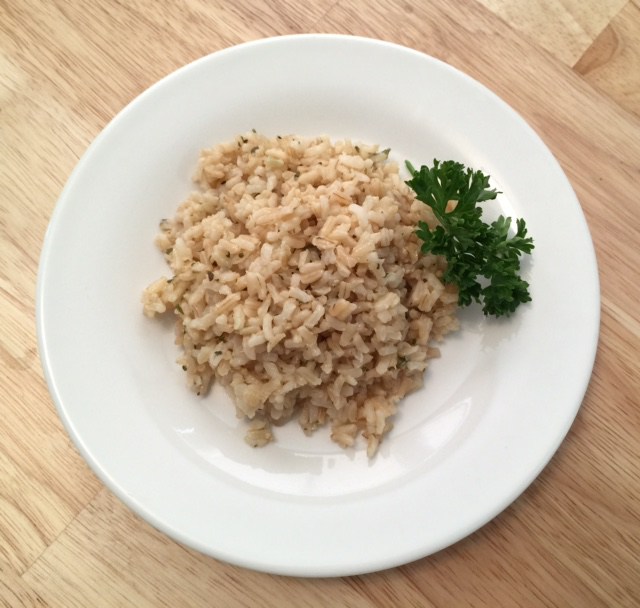 I love an easy side dish. For many years I purchased the box rice sides equipped with the flavor packet of unpronounceable ingredients. They’re easy to prepare and a pretty good upgrade from ramen noodles when you’re first learning your way around the kitchen. But we can do better! My yummy rice will take you from up to 25 ingredients down to six!

This rice recipe is so delish and super simple. It tastes fresh, clean and requires only a few ingredients you probably have on hand right now! The best part is the versatility. Just substitute the citrus and herb and you have a whole new flavor to love! You can also substitute olive oil for the butter if butter’s not your thang!

Combine all ingredients in a microwave safe dish. Cover tightly with plastic wrap. *My dish has a lid so I cover with both.

Microwave on high for 8 minutes. Let stand for 5 minutes to complete the cooking process. Carefully remove the plastic wrap. It will be steamy! Fluff and enjoy!

This rice goes great with salmon, tilapia or chicken.

Feeling a little bit Latin? Substitute the lemon and parsley with lime and cilantro. Yum! The lime version goes great with any Mexican or Cuban foods.

Level up and enjoy!

Ahh, dark chocolate. The Robin to my Batman. The Igor to my Dracula. Okay, you get it, I love the stuff.

I probably eat a small amount of dark chocolate every day so it really is my sweet sidekick. Just not too much, that’s the key. About one ounce or less is a good rule of thumb. Either a small piece of a candy bar or small handful or morsels is my go-to grab for this favorite treat. Pair it with some nuts for an even more powerful snack.

The good, I mean, super-fantastic-amazingly awesome news is that dark chocolate is actually loaded with stuff that’s healthy for us. It packs a nutritious punch of antioxidants, iron, copper, potassium, magnesium, zinc, selenium and more. A vast variety of studies show a lot of other rocking benefits we can enjoy if we nosh a little more of this powerful treat.

Wow, that’s a pretty sweet list of accolades… pun intended. Bottom line is, we don’t have to completely avoid sweet treats to remain healthy. Moderation is key. The darker the chocolate the better. Enjoy! 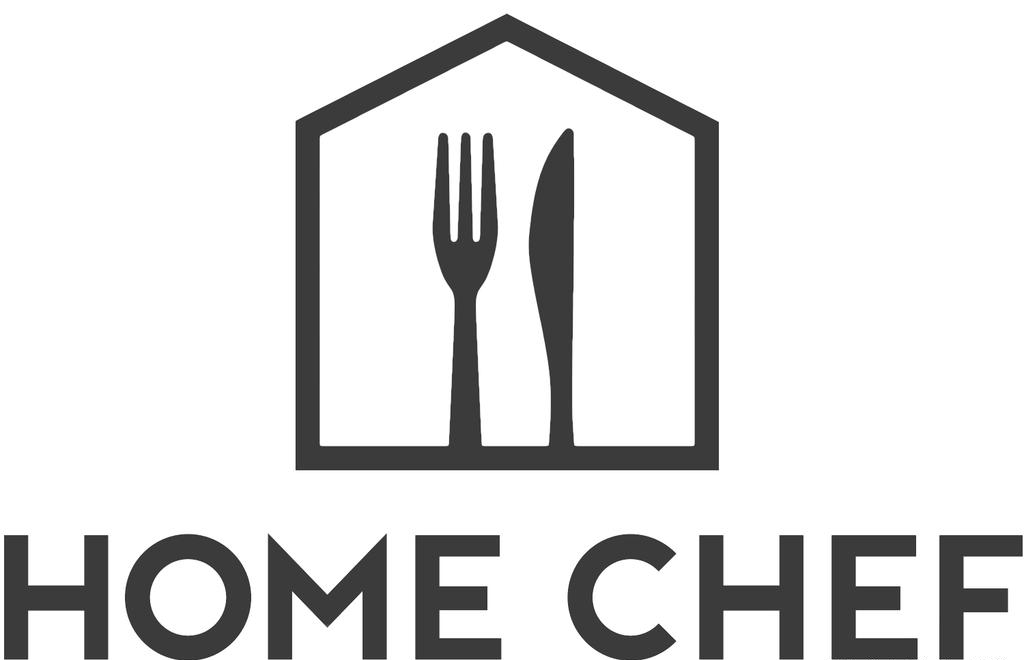 CHICAGO, March 30, 2016 /PRNewswire/ — Home Chef, a Chicago-based meal kit delivery service, announced today that it is expanding its delivery service to the West Coast and additional East Coast locations to meet increasing customer demand, and will now be distributing delicious ingredients and easy-to-follow recipes to over 90 percent of all Americans.

Home Chef is a convenient meal kit delivery service that brings a ready-to-cook box of fresh, portioned ingredients right to your doorstep. The meals arrive in recyclable packaging with detailed, simple instructions, along with everything needed to put together tasty home-cooked meals in about 30 minutes. Each week, a new menu rolls out with 13 enticing and affordable meals that include breakfast and dinner options. With new offerings each week, Home Chef presents customers with a large variety of meal selection choices compared to competing services. 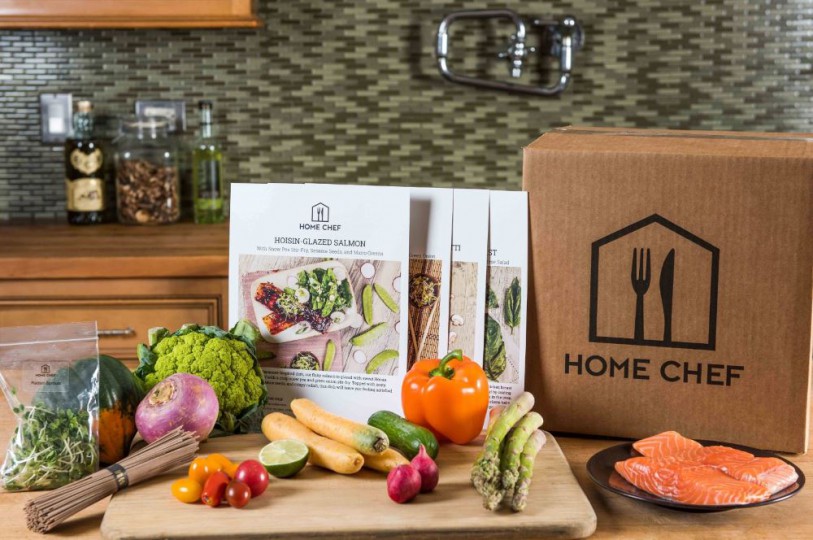 “In the span of two and a half years, we’ve grown to deliver 400,000 meals per month. We’re excited to broaden the reach of Home Chef and bring the fun of cooking into homes all over the country,” said Pat Vihtelic, Founder and CEO of Home Chef. “After a long day on the go, the last place anyone wants to go is the grocery store. We provide a convenient way to get fresh ingredients so that anyone can cook a delicious home-cooked meal.”

Home Chef’s kitchen is proudly headquartered in Chicago, which provides access to some of the best chef-curated cuisine in the country, influenced by the famous Chicago food culture. Home Chef’s culinary team releases an original menu every week that provides an assortment of premium meal choices that can be prepared in the comfort of your own kitchen.

Pricing and Availability:
Home Chef delivers gourmet meals for only $9.95 per serving, unless otherwise specified. With an order of $40 or more, shipping is free.

Home Chef’s service is available to over 90 percent of the U.S. population.

About Home Chef
Headquartered in Chicago, Home Chef is a meal kit delivery service providing fresh ingredients and easy-to-follow recipes to households across the U.S. Home Chef offers thirteen meals that can be selected from a new menu every week, with step-by-step instructions for quality dishes made right at home. For more information on Home Chef, visit https://www.homechef.com/or follow on Twitter, Instagram and Facebook.

All trademarks and product names are the property of their respective companies.

SAN FRANCISCO, March 23, 2016 /PRNewswire/ — OpenTable, the world’s leading provider of online restaurant reservations and part of The Priceline Group (NASDAQ: PCLN), today revealed the 100 Hottest Restaurants in America for 2016. These awards reflect the combined opinions of more than 5 million restaurant reviews submitted by verified OpenTable diners for more than 20,000 restaurants in all 50 states and the District of Columbia.

Featuring stylish restaurants from celebrated chefs as well as those popular with celebrity diners, the complete list includes honorees in 27 states, such as The Nice Guy in West Hollywood, Santina in New York, and Talde in Jersey City. California has 25 winning restaurants, followed by New York with 15, and Florida and Illinois with seven each. Texas has five while Colorado andGeorgia have four winners apiece. Louisiana, Massachusetts, and Nevada each have three winners. Arizona, Kentucky, Michigan,Minnesota, Nebraska, Ohio, and Utah count two winners per state. Connecticut, Iowa, Indiana, Maryland, New Jersey, Oklahoma,Oregon, Pennsylvania, South Carolina, and Tennessee are also represented.

The winning restaurants are highly regarded for their lively ambiance, and many feature vibrant bar and lounge scenes with an after-hours feel. New restaurants made a splash with more than a fifth opening their doors in 2015 alone. While American cuisine was quite popular, Asian, global, Italian, Mexican, and sushi eateries also made strong showings.

“The honorees on this list have each crafted a delicious recipe for a thrilling meal,” says Caroline Potter, OpenTable Chief Dining Officer. “From inventive fare with an international flair and enticing cocktail programs to energetic atmospheres and sexy surroundings, these restaurants have all the elements for a fresh, fun dining experience.”

The list of the 100 Hottest Restaurants in America is generated from more than 5 million restaurant reviews collected from verified OpenTable diners between March 1, 2015, and February 29, 2016. All restaurants with a minimum “overall” score and number of qualifying reviews were included for consideration. Qualifying restaurants were then sorted according to a score calculated from each restaurant’s average rating in the “hot spot” category.

Based on this methodology, the following restaurants, listed in alphabetical order, comprise the 100 Hottest Restaurants in America according to OpenTable diners. The complete list may also be viewed at http://www.opentable.com/m/100-hottest-restaurants-in-america/.

Diners can also learn more about the 100 Hottest Restaurants in America by visiting the OpenTable blog.

About OpenTable
OpenTable, part of The Priceline Group (NASDAQ: PCLN), is the world’s leading provider of online restaurant reservations, seating more than 18 million diners per month via online bookings across more than 36,000 restaurants. The OpenTable network connects restaurants and diners, helping diners discover and book the perfect table and helping restaurants deliver personalized hospitality to keep guests coming back. The OpenTable service enables diners to see which restaurants have available tables, select a restaurant based on verified diner reviews, menus, and other helpful information, and easily book a reservation. In addition to the company’s website and mobile apps, OpenTable powers online reservations for nearly 600 partners, including many of the Internet’s most popular global and local brands. For restaurants, the OpenTable hospitality solutions enable them to manage their reservation book, streamline their operations, and enhance their service levels. Since its inception in 1998, OpenTable has seated more than 1 billion diners around the world.  The Company is headquartered in San Francisco, California, and the OpenTable service is available throughout the United States, as well as in Australia, Canada,Germany, Ireland, Japan, Mexico, and the UK.

OpenTable, OpenTable.com, OpenTable logos, and other
service names are the trademarks of OpenTable, Inc. and/or its affiliates